With all of the activity aboard a sailboat, it is very easy to miss the fact that your engine is in trouble. A complete and functioning alarm system is the only thing between your engine and a dangerous and potentially very expensive engine failure!

Boats built before 1990 had no temp alarm

This is potentially a very expensive omission. Water pump impellers fail regularly. A high temperature alarm is the only warning you will have that your impeller has failed and your engine is overheating. It is very unlikely you will notice the temperature gauge indicates high engine temperature before the engine seizes. 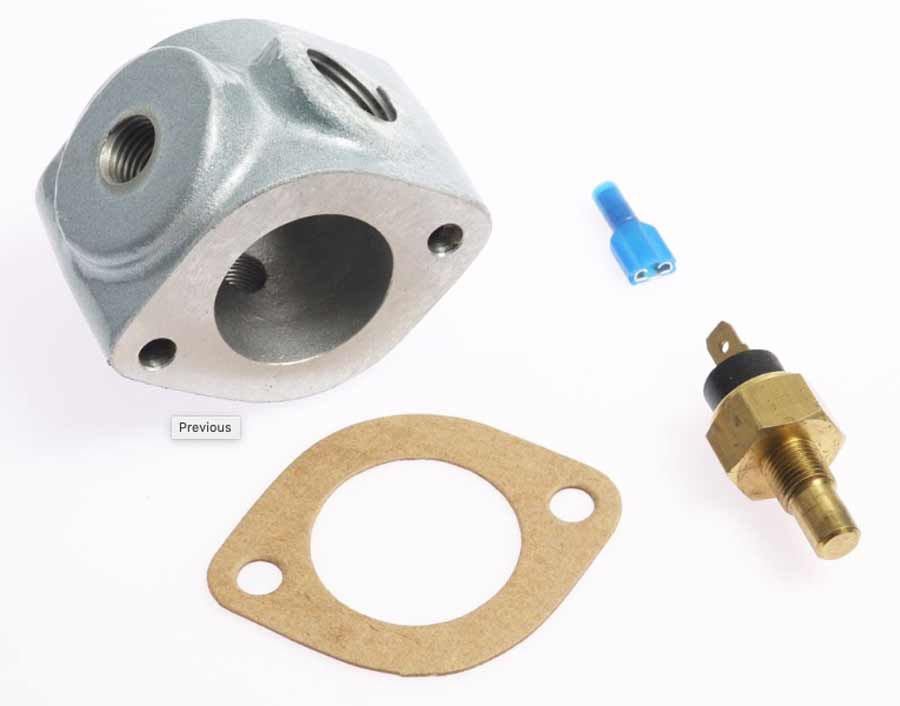 By replacing the thermostat housing and thereby adding the high temperature switch, you can add an alarm even to those boats that had no temperature alarm at all.

Adding a margin of safety to earlier engines

Everything being relative, an upgrade is very inexpensive compared to a new engine

2) Universal never provided an upgrade to add a temperature switch to the early 5411 engines, so we do not have a ready-made solution for that engine.