Maintenance Ignored by the Manual

Both the fuel pump filter and the zinc are totally ignored by the engine manual. This is very odd as both parts are supplied in the package Catalina Yachts receives from Westerbeke, the manufacturer of the Universal Diesel engines. Ignoring either can have devastating consequences to your engine and your boat as I know from personal experience. 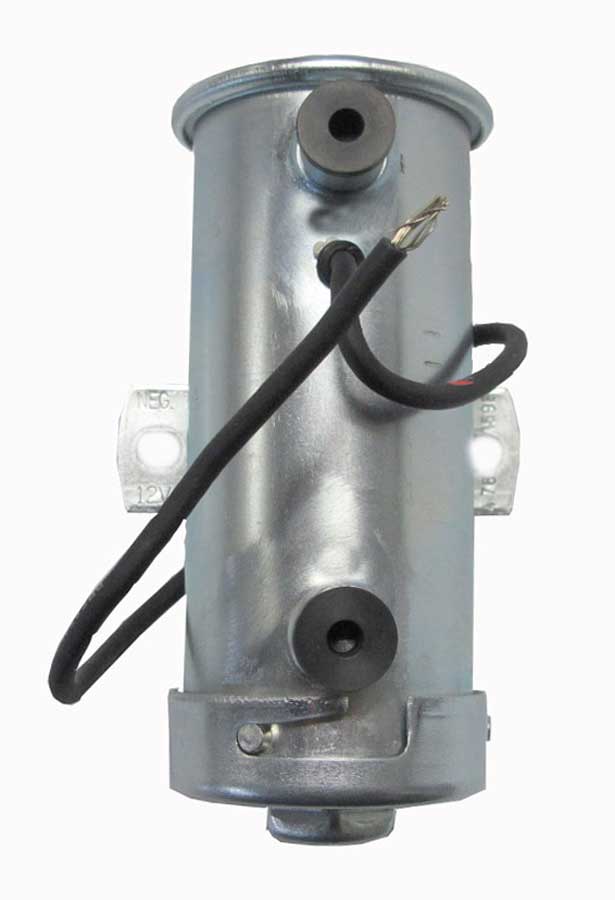 Typical fuel pump installed on many inboard equipped catalinas. Notice there is only a positive wire.

There is nothing worse than motoring up an unfamiliar lee shore and having the engine stop. Years ago, on a charter boat in the Grenadines, I had just such an adventure aboard a 50 footer.

We had a great sail. 30 knot trade winds. We were rockin' and rollin'. Large quartering seas. Large enough the wheel lifted the young woman at the helm right off the cockpit sole when one wave rolled under the stern! After one of the larger crew members dove aft, grabbed the wheel and brought her back down to earth, we decided it was time to head for an anchorage. The required beat to weather would have taken until long after sunset (when we should have already been at anchor).

So we fired up the diesel for a motor to weather. As we approached our anchorage and had need to navigate through coral and avoid a lee shore, the engine suddenly quit. Luckily, I had an experienced crew aboard.

In spite of the rum punch served all round during the motor to weather, and immediately recognizing the danger, the crew jumped to the halyards and hoisted sail. By backing the genoa, we were able to spin the boat around almost within it's own length. Now under sail alone, we headed back out the channel the way we had entered with coral heads to port and starboard. The crew then stood off, reaching back and forth offshore of the harbor in unabated winds.

Meanwhile, two of us headed below and dove into the engine compartment. With the combination of motion, attitude and diesel fumes we were both about to have a long conversation with Ralph and Earl on the Big White Telephone. In order to maintain, we worked in shifts troubleshooting the engine. 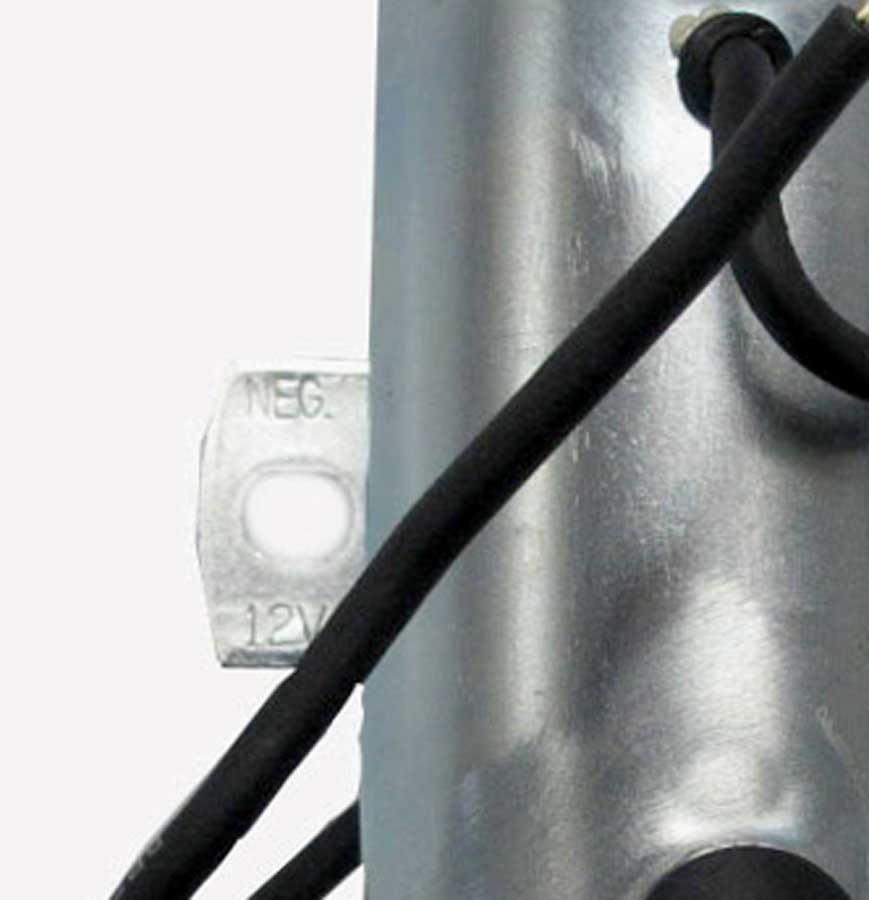 Note tthe mounting bracket is labeled "NEG: and "12V". A ground wire with a crimped-on lug is held onto this bracket with the mounting screw to complete the circuit to ground.

We finally isolated the problem at the fuel pump. A spot of green on the ground wire alerted me of the problem. I touched the lug connector and it fell off in my hand. Turns out it was located near to and below the vented loop for the raw water cooling. An occasional drip of salt water was all that was needed to corrode the bare copper wire. No shrink tubing was used for moisture protection and the automotive (non tinned) wire used for engine installations was no match for the corrosive effects of salt.

We broke out the spares kit we always bring on charter trips and soon had the connection repaired. I could feel the pump running now when the ignition was on, so we were good to go. Or so I thought... (see Read More below).

You're not the only one whose never heard of it!