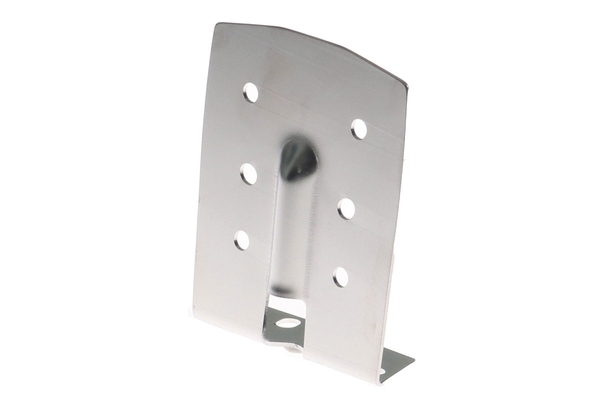 Part #: Z3869
$18.95
The old dome shaped navigation lights were mounted directly to the deck. Although not nearly as bright nor as visible as modern navigation lights, they were easy for the factory to mount.
This bracket is often used on early boats that were built without pulpits to mount to the deck. It might also be used on early boats like the Catalina 27 and Catalina 30's that had pulpits but used deck mounted stern lights. It makes it easy to improve the safety of the boat with modern lights. Just mount the bracket to the deck, then mount the light to the bracket.

The clamp on pulpit mount bracket shown below is a cleaner alternative. It mounts the lights directly to the pulpit where it is always visible.

Our improved design allows for use with Aqua Signal or Hella Marine rear mounted navigation lights.