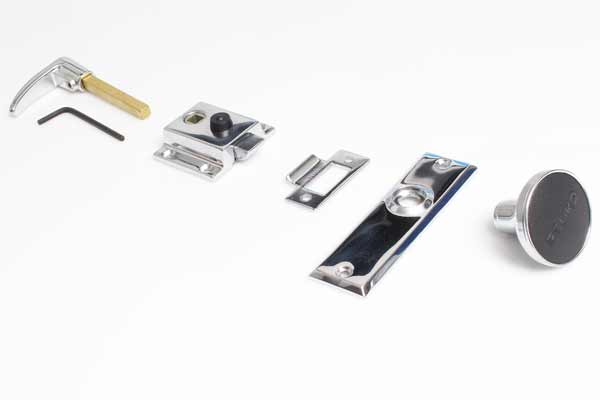 Door Latch, Round Knob and Lever Handle, Away From Main Cabin

Part #: Z4745
$108.95
Door latch set for interior swing doors on early production boats. Features a round knob with a black center that says "Perko" on the cabin side. The backside has a lever handle with a locking mechanism. This latch is for doors that open away from you while standing in the main cabin.

This latch can be found on the following boats (but not all years):
• Catalina 30
• Catalina 42

Note: If using our main photo as a reference, the black latch knob moves up and down, up is unlocked, down is locked. The striker won't move if the latch is locked.

This latch is only for doors that open away from the main cabin.

Door Latch, Round Knob and Lever Handle, Into Main Cabin