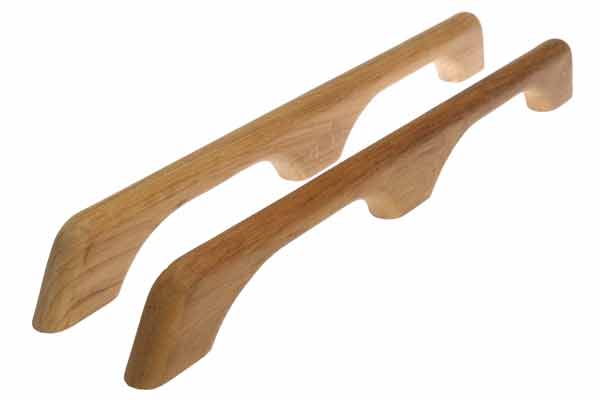 This was used on the Catalina 34 as well as other Catalina models.

On some boats these handrails were mounted to conform to the curve of the deck. The handrails are (and always were) produced straight. The curve is introduced as needed during installation by simply bending the handrail. Supplied undrilled. On early boats handrails were attached with screws from below. On later boats, some fasteners on an individual handrail were through bolts while others continued to be screws.

Take a look at the additional photos to see the difference between the OEM and this Imported option.