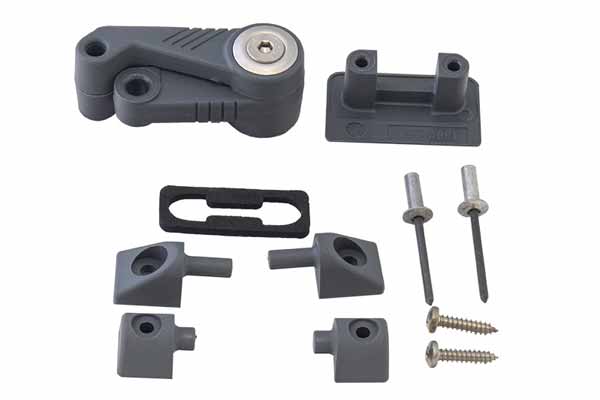 Part #: Z4007
$45.87
The friction lever's internal spring helps to counterbalance the weight of the hatch lid. The friction it provides adds some stability to the lid when the hatch is open. The friction is adjustable by way of the allen head fastener on the axis of the pivot. The spring tension is not adjustable.

Over time the friction lever may loose it's ability to hold the lid due to a combination fatigue of the spring and wear to the friction surfaces. This kit addresses this issue.

There may be other instances where this was used. It is also the case that not every boat described above used these. Please verify that your boat used a Lewmar Coastline series hatch matching the dimensions above.

1) The production dates quoted for this item are the approximate dates the hatches were produced by Lewmar in the UK. This does not guarantee these were the dates Catalina started installing this version of the hatch during boat production. An earlier hatch design that was already in Catalina's inventory may have been installed on boats built well after production of a later hatch design began in the UK.

2) This part only fits the Lewmar Coastline hatches built between 1991 and 1999.