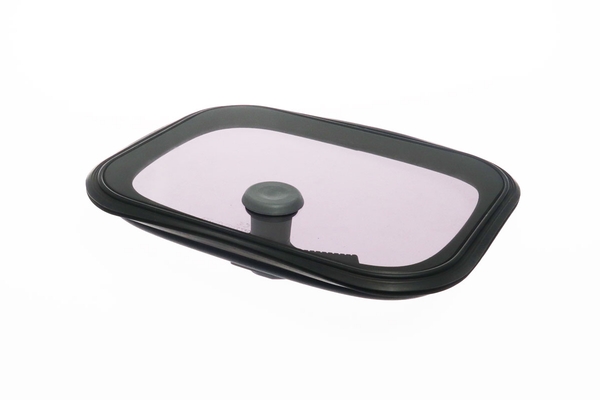 There may be other instances where this hatch is used. It is also possible that not every boat described above used this hatch. Please use the dimensions above and the photos below to verify which hatch is actually installed on your boat.

One way to identify if your hatch is a MkI or MkII version is to locate a serial number stamped into the hatch lens. This number is melted into the lens, typically under the gasket, visible from the underside of the hatch (see the information below under "Technical Support"


Lewmar Low Profile Hatch MkI & MkII Identification). It may be necessary to roll the gasket out of the way a bit in order to see the stamp. The MkI version of the hatch has a number only stamped into the lens, i.e. 39910... The MkII version has a serial number that starts with an "A", i.e. A39910... Note that the "A" was omitted from the MkII version in around 2012. If there is no serial number in the lens, yours is not a Low Profile hatch.

Earlier "Coastline" hatches look very similar but have lenses that cannot be replaced by the owner. The Coastline hatch is characterized by a lens that is bonded to the aluminum frame of the lid. It is also lacking the two piece lid frame of the later Low Profile hatches. This split frame has a seam forward and a seam aft where the two halves split. This split feature is what makes it possible to replace the lens and seal in the newer Low Profile hatches.

Please note that these hatches are built in England and made to metric system standard dimensions. All Imperial equivalents are approximate.

2) The production dates quoted for this item are the approximate dates the hatches were produced by Lewmar in the UK. This does not guarantee these were the dates Catalina started installing this version of the hatch during boat production. An earlier hatch design that was already in Catalina's inventory may have been installed on boats built well after production of a later hatch design began in the UK. We have discovered boats built in 2003 equipped with the MkI version of a hatch. Lewmar Size 03 Low Profile