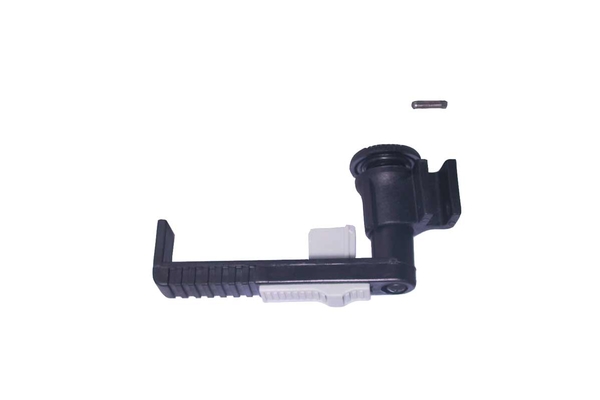 It is later than the first generation that had no gray sliding latch but before Bomar changed to the third generation "contour" versions in November 2007.

Check the photo carefully. Note the gray sliding latch. Early Bomar hatches did not have this security latch. Unfortunately, if you stand on the mushroom cap of the dog on the outside of the boat and rotate your foot, you've just opened the boat and you're inside in about 5 seconds. There is no way to lock your boat! Later, Bomar realized the problem and added the sliding security latch.

If you have a Bomar hatch that has the gray security latch on the dog, this is the part you need. If your Bomar hatch has dogs that look like these dogs in every way except yours don't have the security latch, then this dog will retrofit and offer you the additional security provided by the sliding latch.

Some larger Catalinas used a similar hatch built by Lewmar but the dogs are different than those pictured.

The designation "Left" is molded into the top side of the handle where it can only be seen through the lens.

Left, in this case, is when viewed looking into an open hatch, facing aft, from the outside of the boat. In other words, the "left" handle on the trapezoidal hatch is mounted toward the starboard side of the boat when the hatch is installed on deck!